Switzerland for a day

We pack and leave for Switzerland. G has been uncomfortable for the last few days and he is getting worse and medicine has not helped, so when we arrive at JL and RN’s we use their help to get some medical help. We are guided to the local hospital. Here they do a diagnosis and intervention is required as we expected. It is fairly quick and most importantly effective, as G regains his colour quickly.
JL and RN are consummate hosts as ever – wish we could spend more time. The wine boxes have escaped from the cellar and into the house – I realise I don’t really have many at all! We have had a nice lunch earlier and after a small tour around we are going locally to have Thai food for dinner, which is very nice, although different from Australian Thai food! Early to bed tonight. 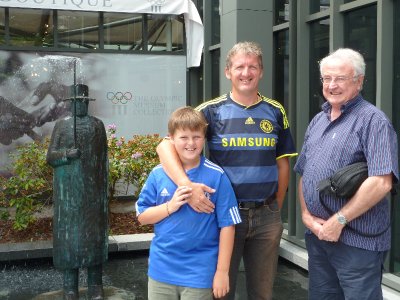 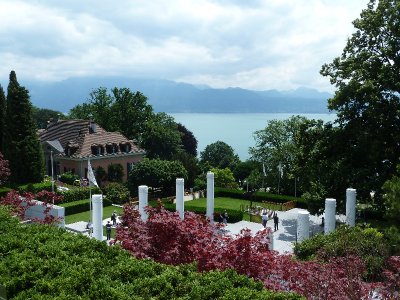 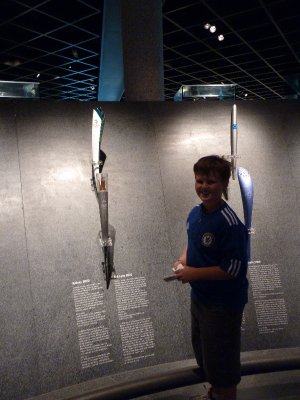 With the Sydney torch - again

G sleeps in late to recover, and after brekky we are off to Lausanne with JL to the Olympic museum to do a tour and look at all the exhibits. G also gets to test his physique against the worlds best. Neither of us shape up too well. We do get to see what some of the top skeleton and luge drivers are lying on when they throw themselves down the tracks in the winter Olympics – the desire to do that has passed me by. I remember mum’s story from the ‘76 Innsbruck games where she went down the women’s downhill course after the competition. The winner did around 1:45, it took Mum 45 minutes! A pleasant lunch in the museum Cafe before heading off to JL and RN’s to pack up to head off. 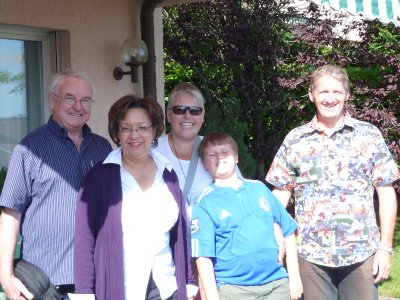 With JL and RN