Nothing new really, we are boring I know...

As a result we are up late, and grab the base Suica cards. First we are out to Shinjuku to see the sights from the Tokyo from the Metropolitan Government Building. This is a free sightseeing spot and on a glorious clear day like today you can see for miles. Fujiyama is clearly visible (for the first time in 3 visits here) and all Tokyo is spread out beneath you. We have a conversation with one of the Tourist guides who points out a few salient landmarks. 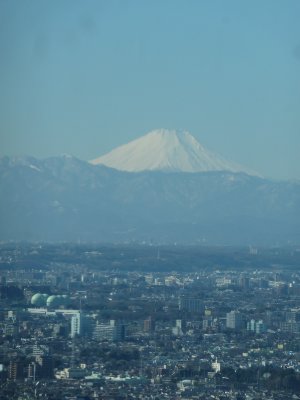 Fujiyama seen for the first time in 3 years 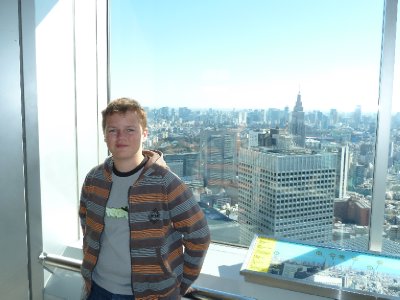 Great view from the TMG building

L will be really annoyed, as last year it rained and snowed and was as miserable as Tokyo can be. Next we head to the Azabujuban neighbourhood which has a bit of a French feel to it, where we head to Blue and White, a small handicrafts shop. There are some great things here, many bags, fabrics, clothes, scarves and ceramics to lust after, and we pick up one or two for L that may make up for the good weather we are having and she missed out on last year. From here we head up the Jimbocho area to look at a few ski shops. G wants his own board and get up (not till he stops growing) and is drooling over the bargains available at Kanda Cheap. They also have ski boots for 25,000 yen, so I am tempted too. Just around the corner at the recommended Fuso boots, the prices are up in the 50-80Ks, but you could pick up previous seasons from 30K. Not this time, if we are back next year we will spend a day here early and pick up some gear. 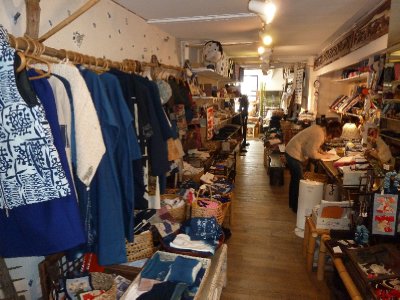 We head our separate ways around Akihabara, but my favourite model shop from previous visits has closed down! I console myself with some kits from nearby. We join up to get G a few things, then head upstairs to the 8th floor in Yodobashi to have a meal of eel, love it. Back at the hotel, can't get the internet working, so no skype.
Today we are out to Disney. This will be the last time. We learnt from the last time and came during the week and the queues are noticeably quicker. Most of our rides are on Space Mountain and Big Thunder Mountain, but we also get to others including the tea cups (for L) Peter pan’s flight, Roger’s Car Toon spin and the haunted house. There seemed to be far too much popcorn eaten as well. We are there till stumps, and G has a snooze on the train home. 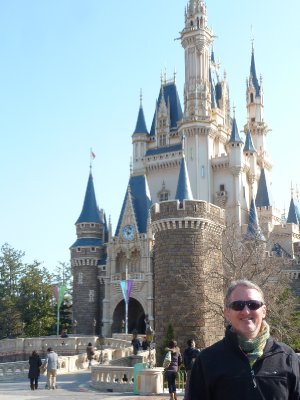 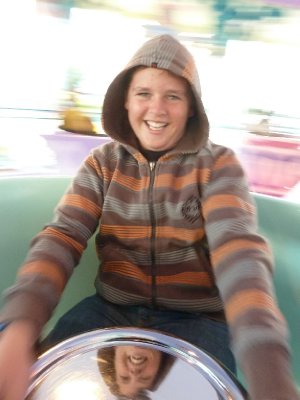 On the tea cups

For our last day in Tokyo, we have the big buffet breakfast in the hotel to get us through the day. G swears he so full, it is going to come back up. We start in Shimbashi where G gets gaming headphones and happily, at half price. While he is in the shop, I wander through some of the back streets, which have a completely different feel to the shopping streets around the block. We divert over to Asakusa to pick up some traditional Japanese brushes, then back to Ueno to visit the Nature and Science Museum. We had a lot of fun with the interactive displays, especially riding the live dinosaurs. 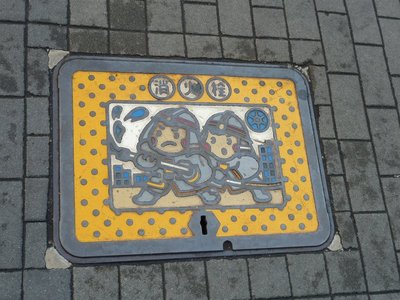 On the way back to the Hotel we dropped in to Akiba to a vending machine selling caramel drink – not the pancake drink that G has been looking for since 2011, but close enough – hot, sweet and caramelly. And this is the closest we could find after a fortnight. 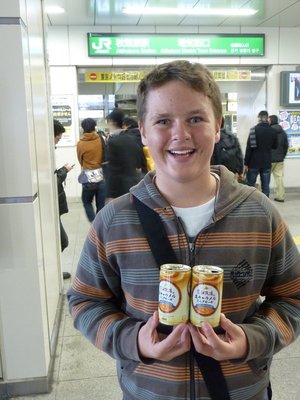 Back to Shinigawa, find out there has been an incident on the train lines and the N’Ex is suspended. JR give us the alternative – up to Nippori station then Keisei Skyliner to Narita. The timing is tight, but the trains are right on time and we get there with 2 minutes to spare. It costs an extra 4800 yen, but better that than being late for the flight. Now we are on the train, we can relax, and I take the time to freshen up. We are into the airport right on time and the queues are small and we are through soon. We have a bit of time to kill, so I go and spend the remaining yen on stuff, mostly foody crap.
Inside Narita G gets WiFi on his iPod, but I can’t on the netbook, not at all happy about that. Needed to spend time catching up on this anyways. So rang L instead of skype, until the credit on our travelSim runs out. Again, this has been a great way of getting low cost phone calls in another country, and of course got to plug the 28 degrees credit card – the only one to travel with as they do not have conversion charges, and they use the daily exchange rates, not one 5% in the banks favour. If you are travelling overseas from Australia, check it out.
Called to the plane, off and away. We get to spend more time watching films and eating sort of food. Have a snooze, then we are in Sydney and it is morning. Pick up duty free, head across to domestic, and soon enough we are back home, and it was like it never happened. But it will happen again, next time, Hokkaido…

Posted by lostagain 23:43 Archived in Japan